Each day we waste around 500 million straws, enough disposable straws to fill over 46,400 large school buses per year. Bangkok Metropolitan Administration (BMA) figures show that every day, more than 600,000 plastic bags are used in this city of nine million people. There are many other plastic products amongst other types of waste, that are wasted every year and we are running out of places to put it. Many may not know that non biodegradable waste will have a serious impact on all of us in the long term. Therefore we need to raise awareness about recycling and show how almost anything can be reused in different ways.

With this current issue in mind, we decided to collect a bunch of plastic straws, cups and scrap metal. Instead of choosing the path of rubbish, we gave it a second life. We went crazy with the materials we collected and tried different ways of transforming rubbish into something valuable. We treated the different coloured straws as building blocks forming the word “Yeah” and made it into a hanging installation. Giant hanging snowflakes were formed with plastic cups, and the typographic tree was constructed together with metal scraps which were cut into letters and shapes. These installations were in Siam Center during Christmas of 2010, setting an example for a brighter future during the festive season. 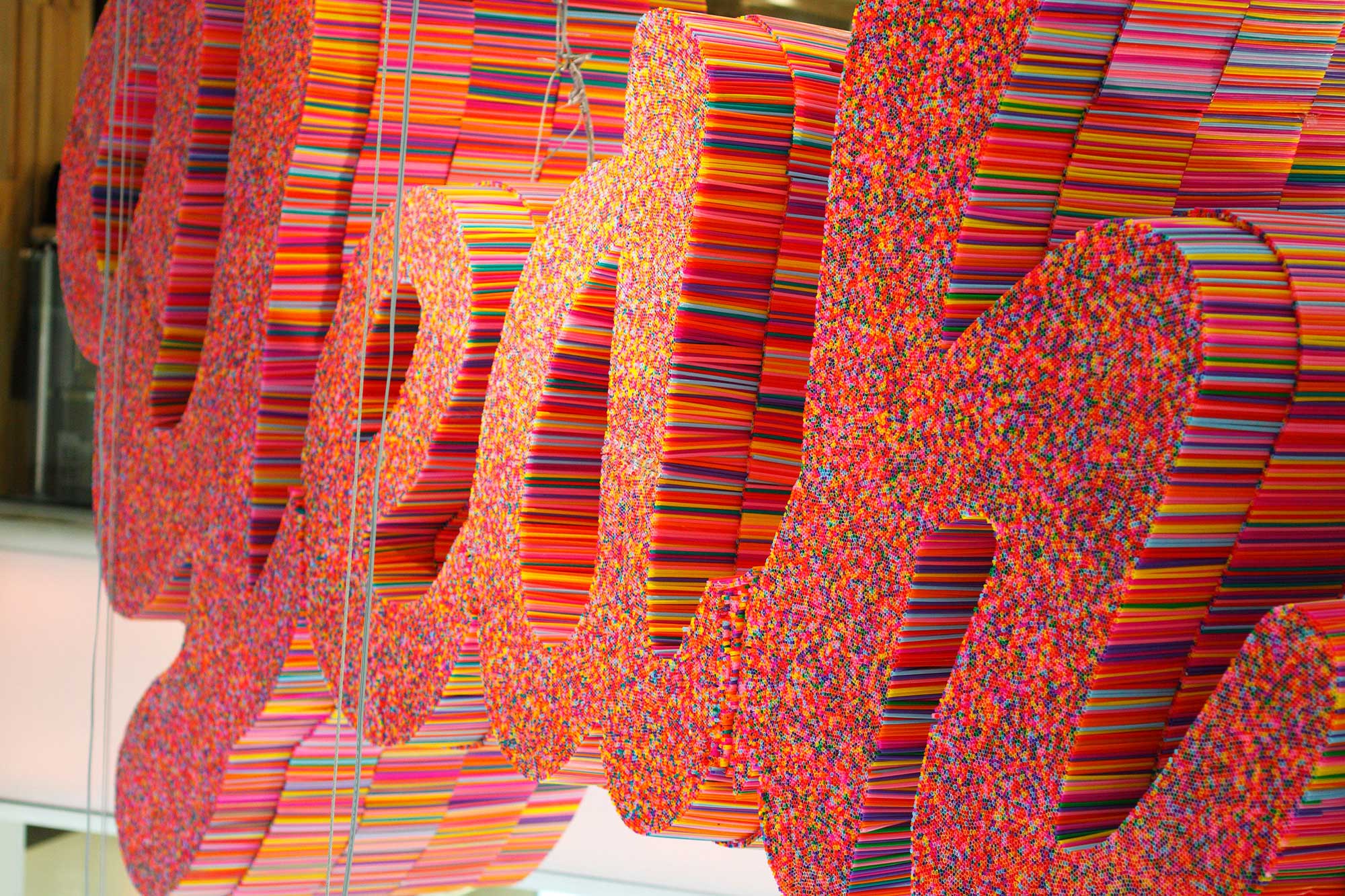 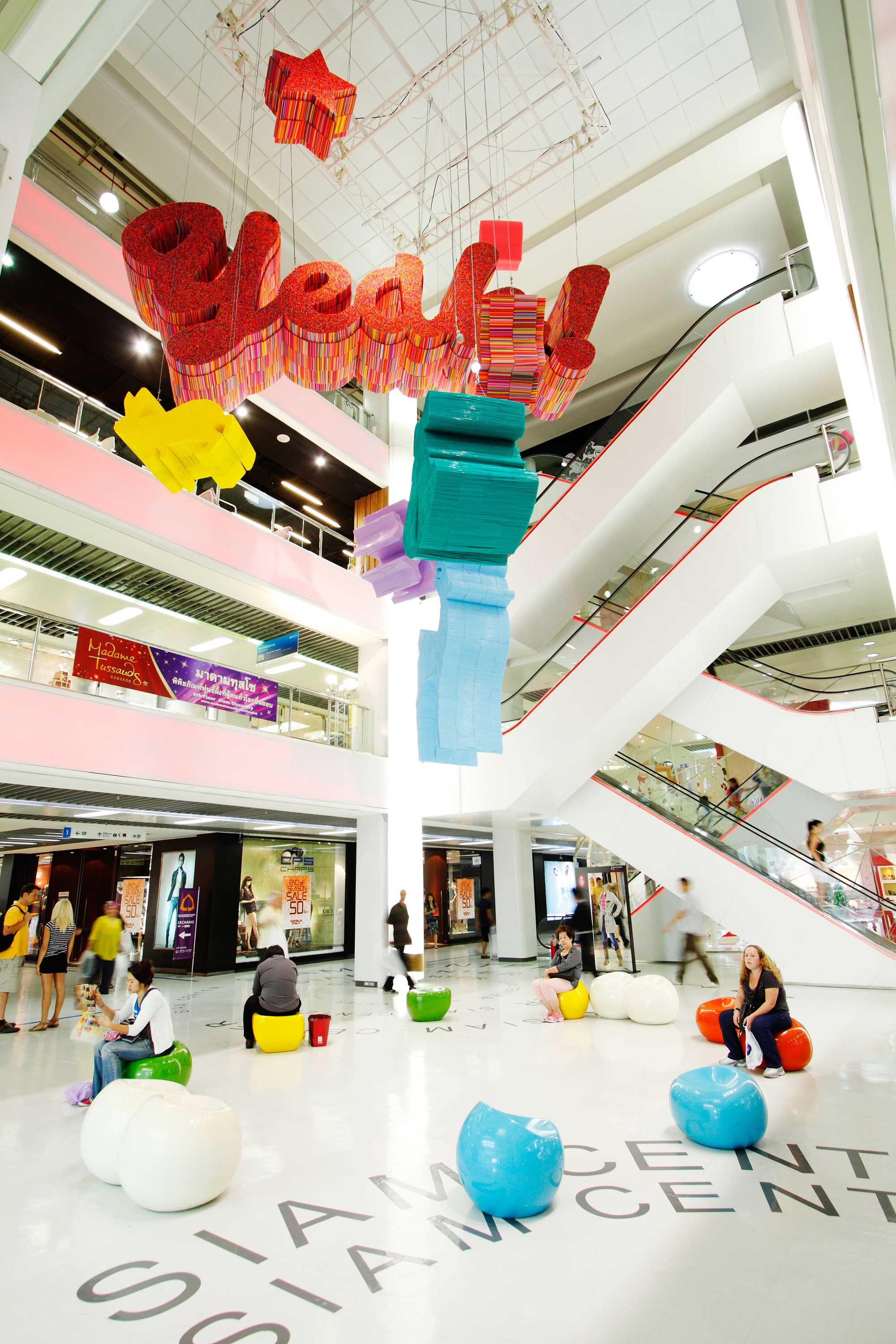 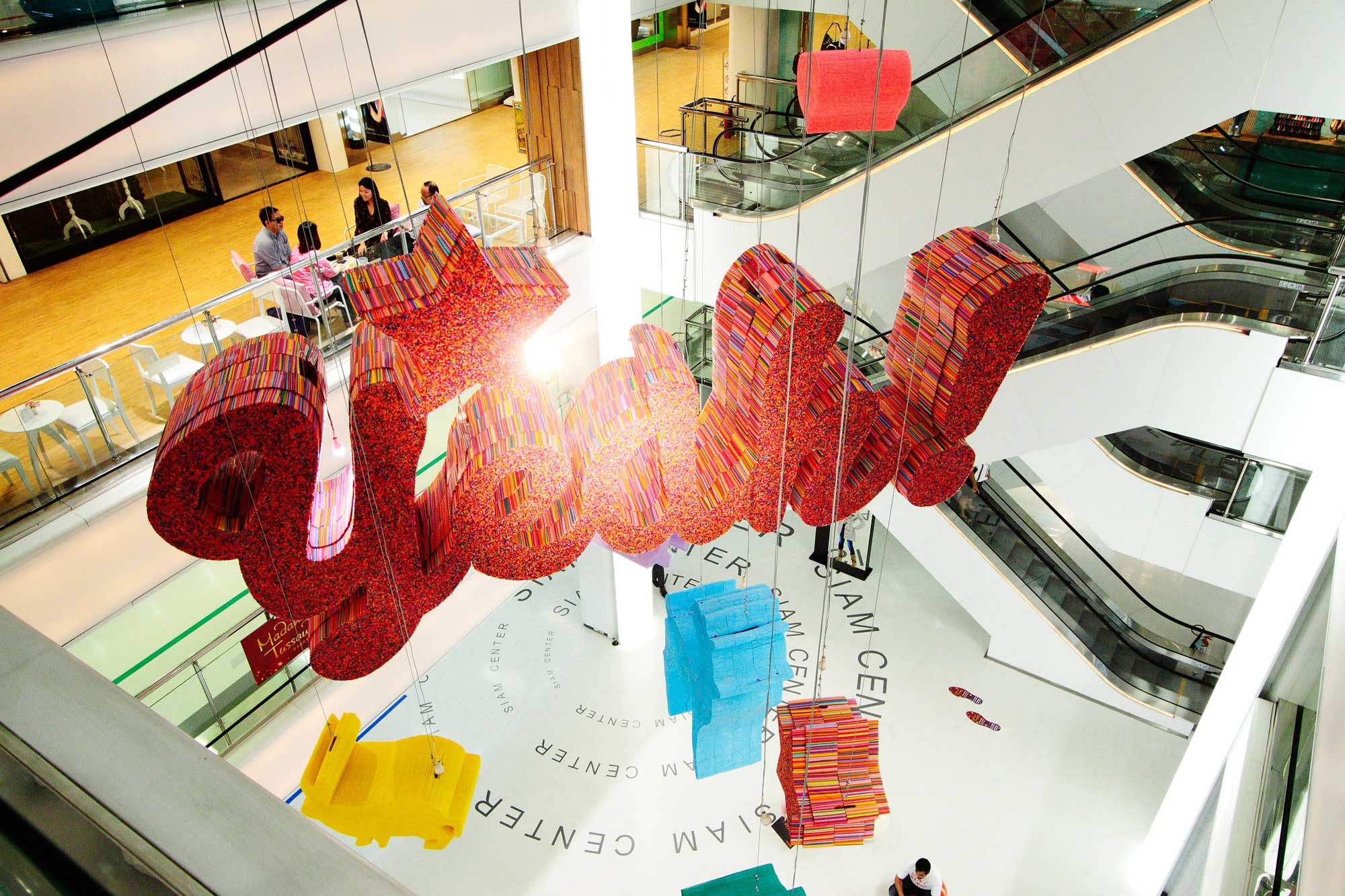 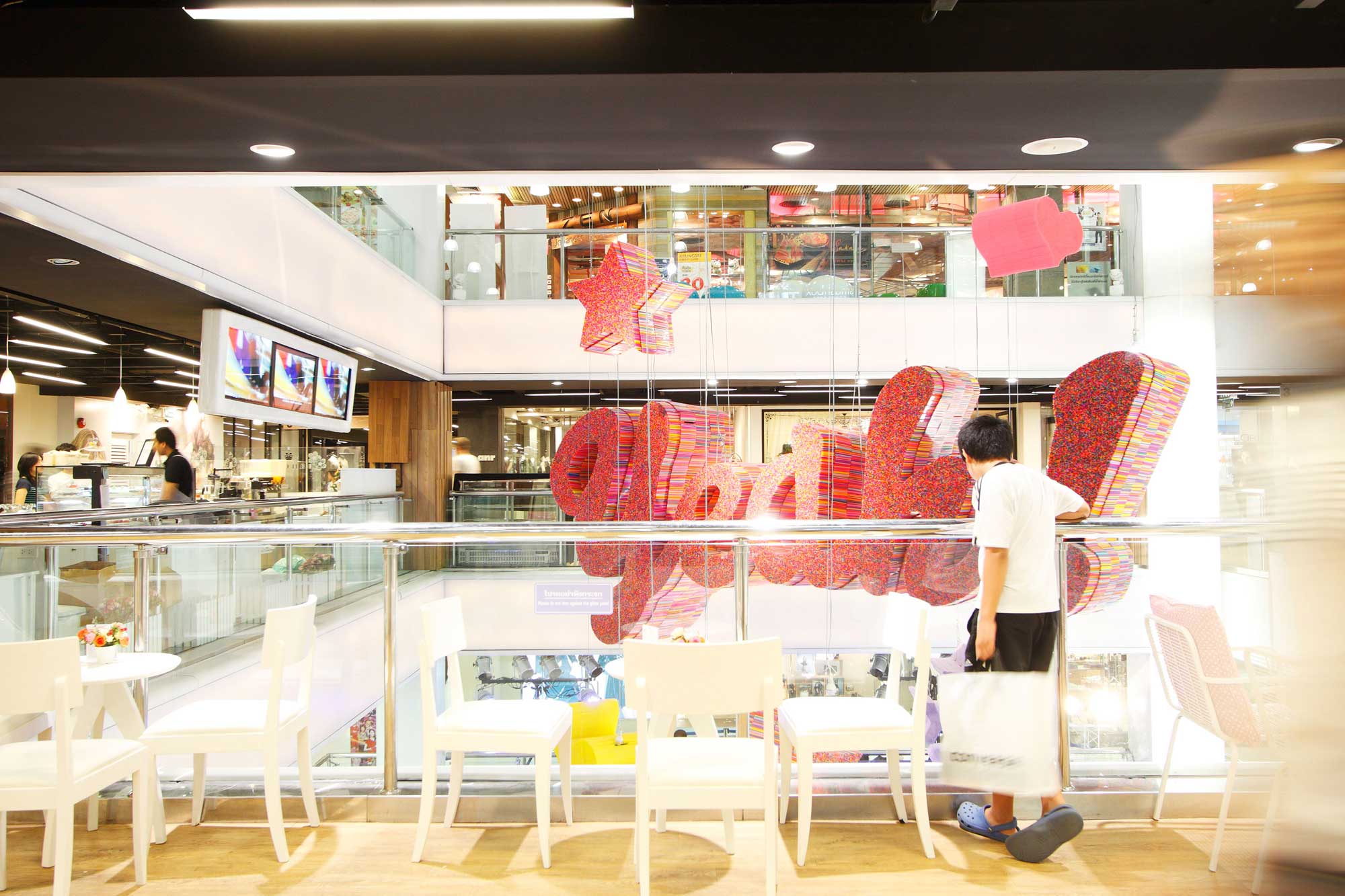 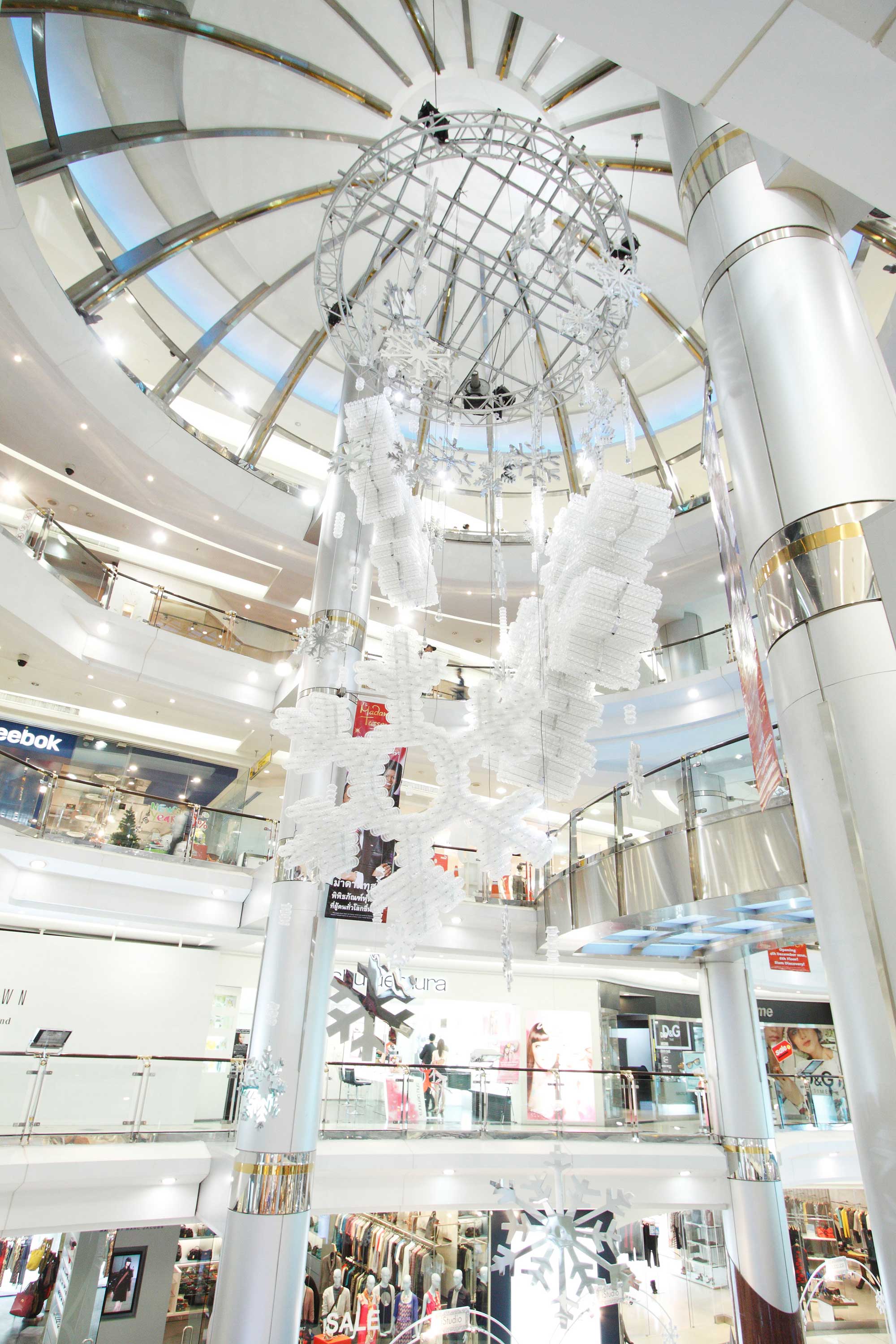 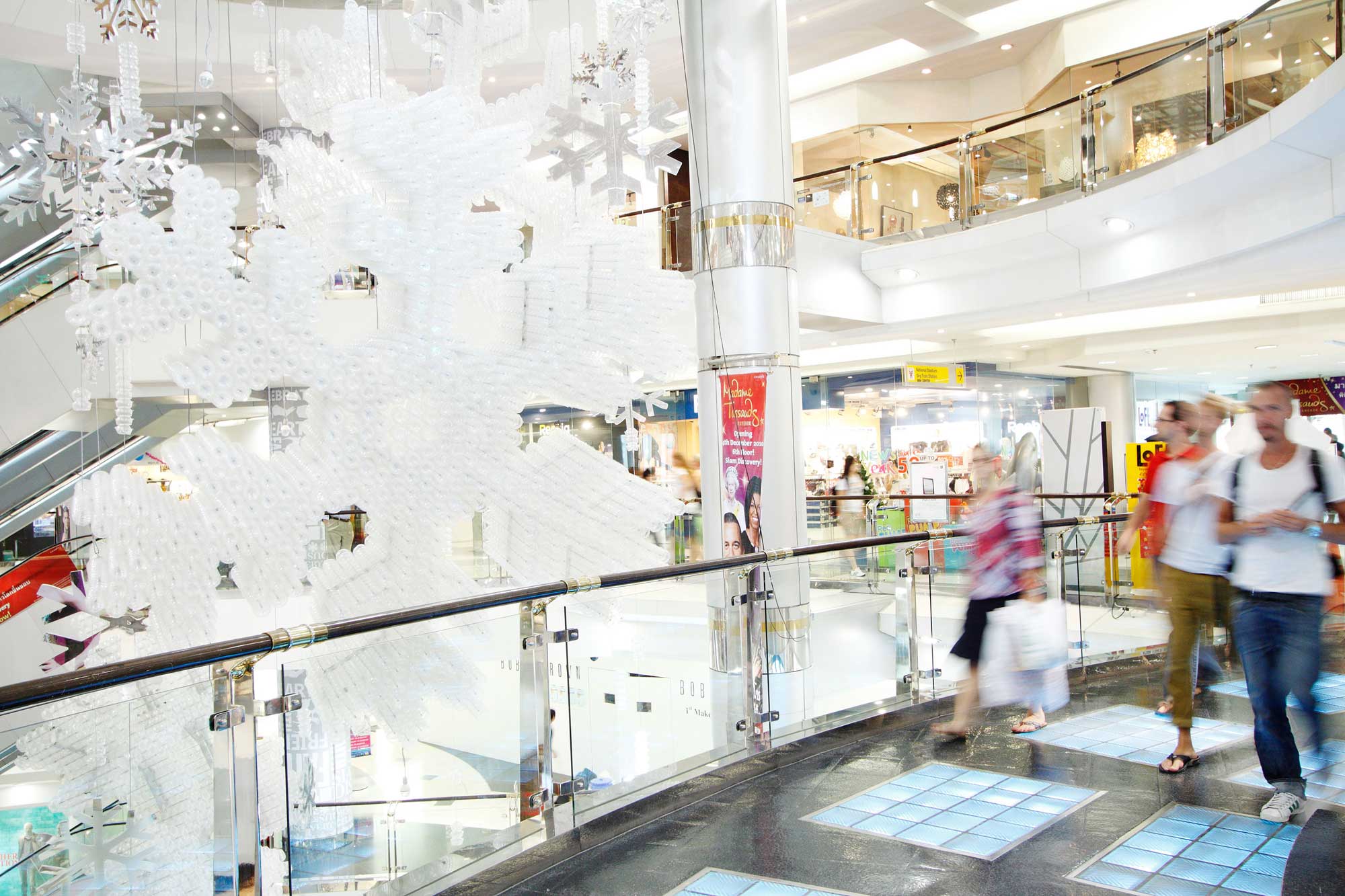 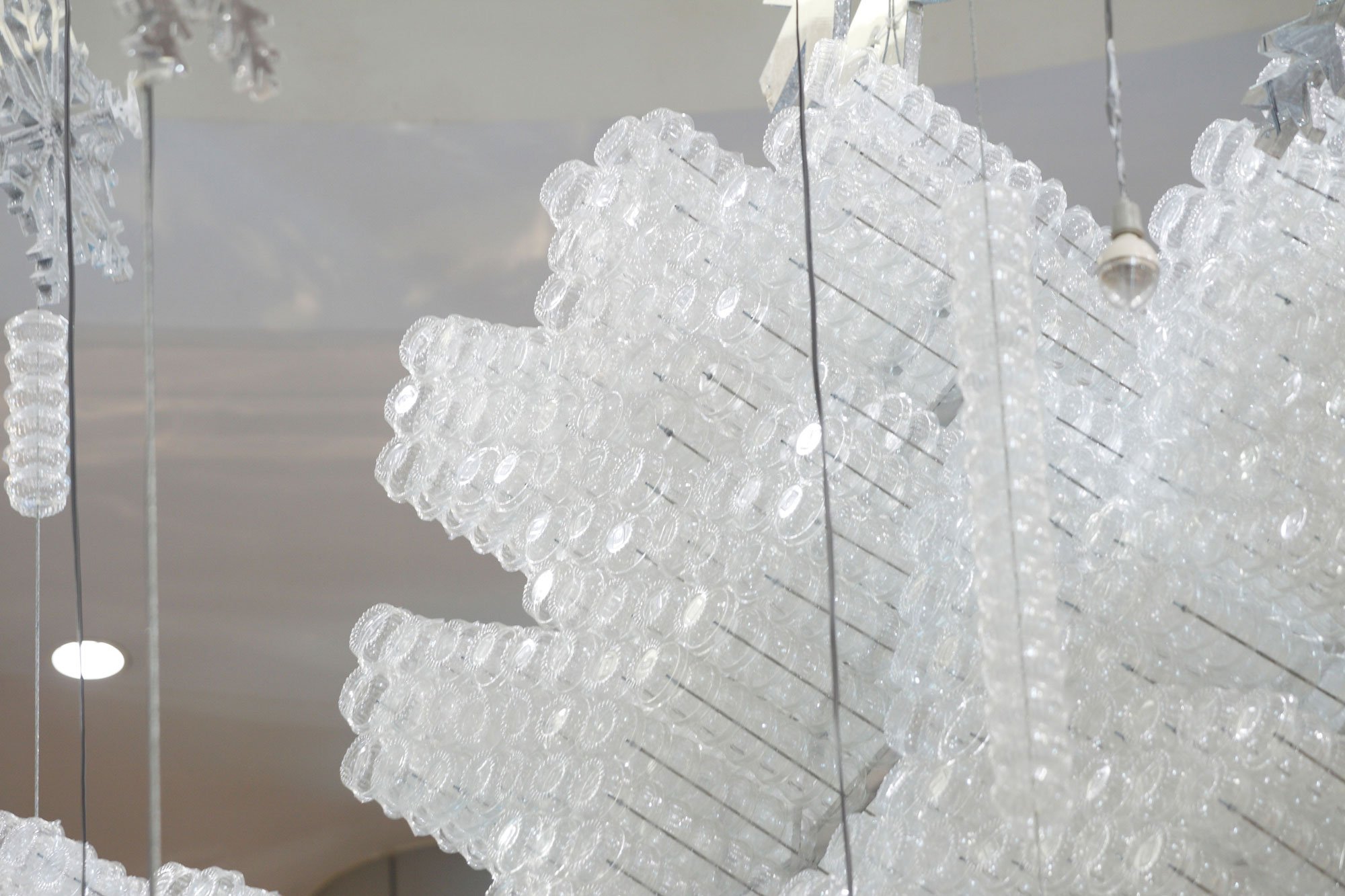 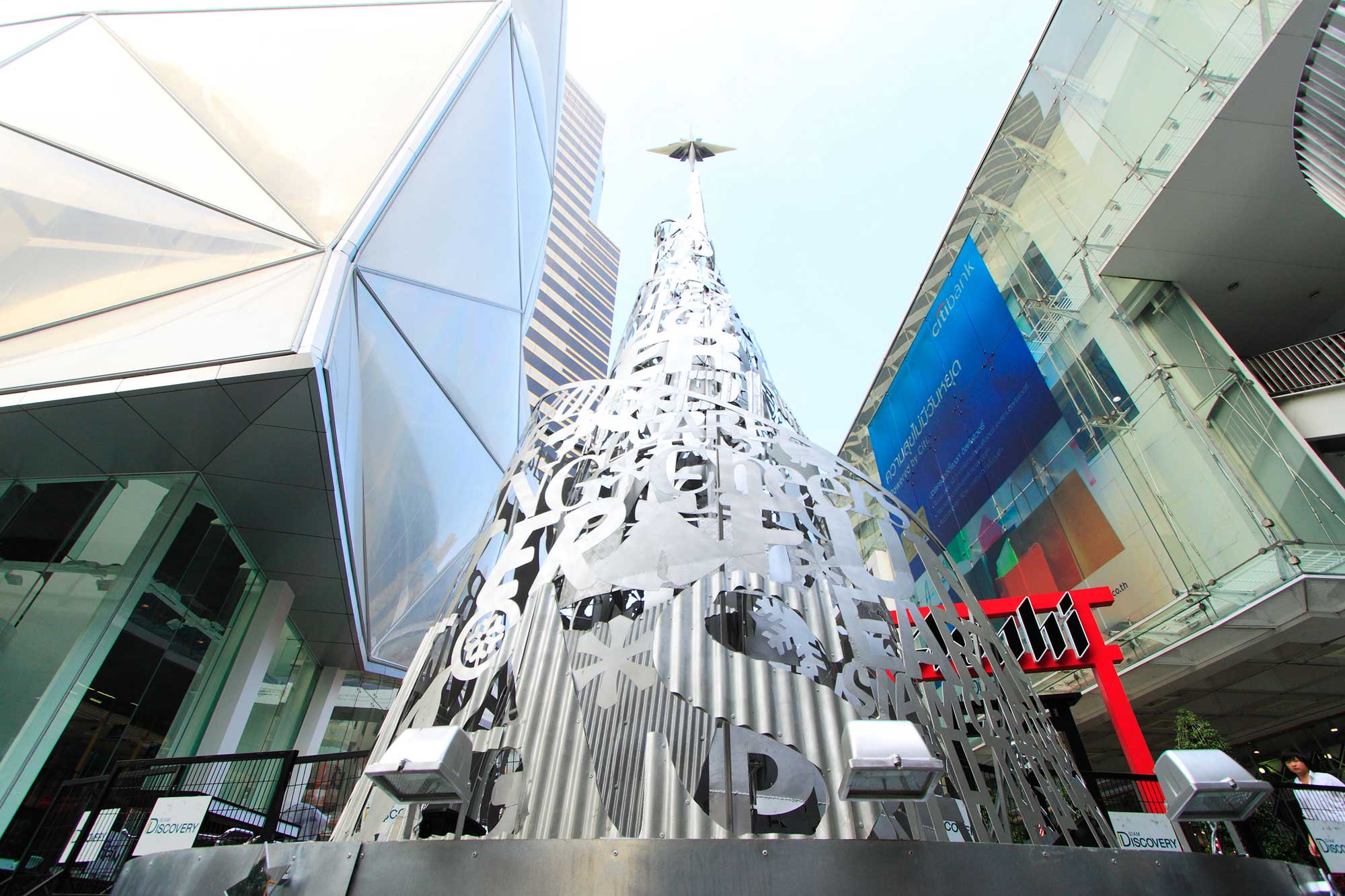 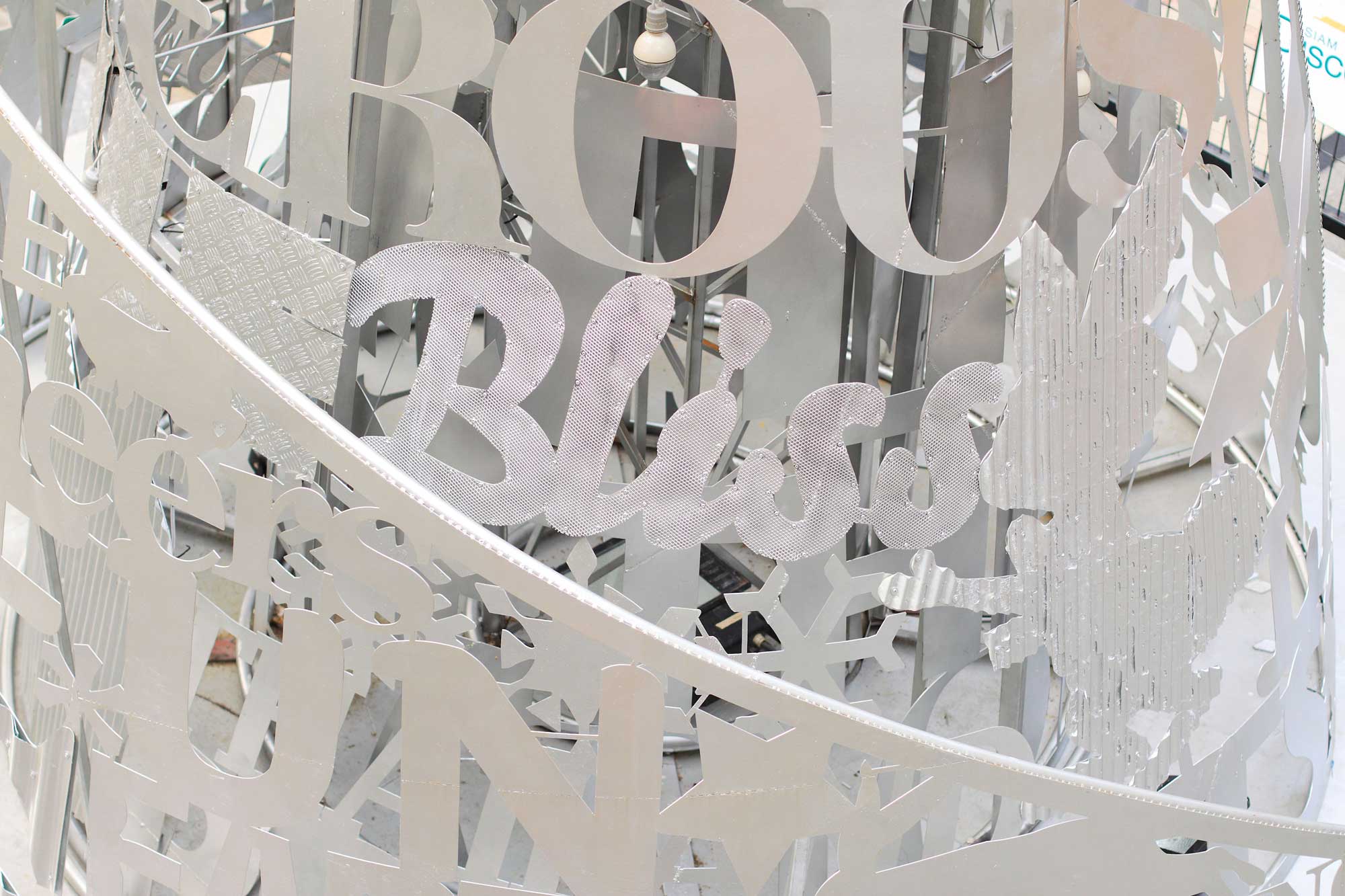 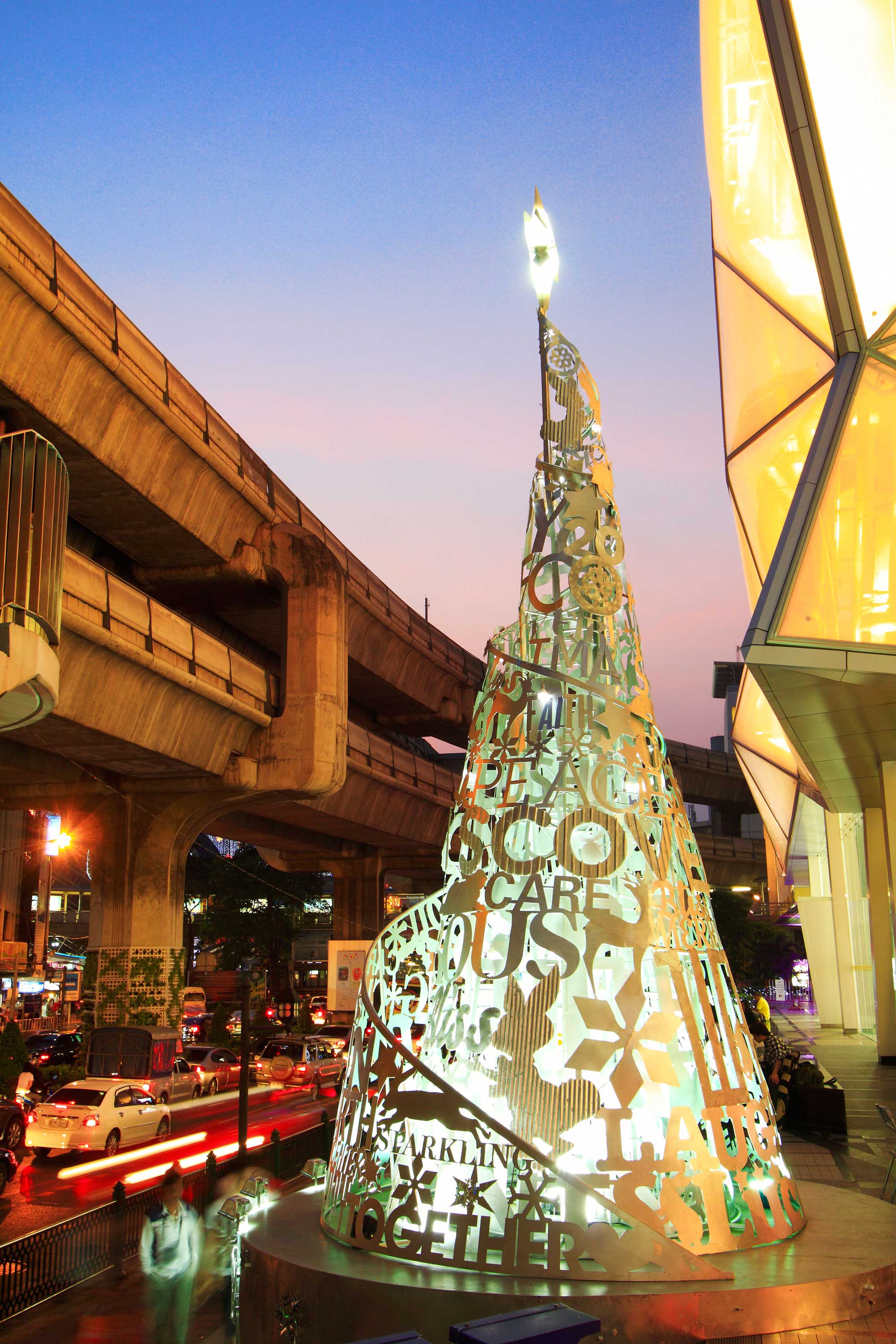